I recently had stayed at the Holiday Inn Downtown Alexandria and located inside the hotel is The Levee Restaurant and Bar. It was very convenient to have a restaurant there in the hotel. Charmingly CJ and I ate there for breakfast once, lunch once, and dinner twice. The seating area is not huge. But many restaurants are slowing opening their dining room up again after being close due to the coronavirus.

What’s on the table…

The menu was limited due to the coronavirus, so there were items I wanted to try but weren’t available. Here are the dishes Charmingly CJ and I tried.

Crab & Corn Bisque –  It’s their signature soup with lump crabmeat, sweet corn, and Cajun spices. I had this for lunch on the first day. It was seasoned well and flavorful. But it was lacking on the crab. There were like two bites of crab in the bowl. Total let down.

Pulled Pork Nachos – Tortilla chips fried to order with BBQ pulled pork, white queso, blue cheese, coleslaw, and jalapenos. Charmingly CJ has these for lunch on the first day. We ordered it without coleslaw. The chips were housemade, but it was yellow nacho cheese instead of white queso. She said they were ok. I tried them and after living in Memphis for years, these nachos had nothing on the great BBQ nachos I’ve eaten there. I think it would have been better with just regular nacho chips.

Buffalo Wings – I ordered them extra crispy with ranch for dinner the first night. They were cooked perfectly. I ended up ordering them again the second night for dinner.

Grits, side of bacon, side of sausage – For breakfast on the second day we tried some of the sides. We each had a bowl of grits, which were cold. Cold grits are just yuck. The bacon was room temperature. It was the only thing I ate. Charmingly CJ said her sausage was warm and ate some it. There was only one waitress in the morning and had 4 tables. One was behind a door (I guess a party room) so they took up all her attention. One of the tables had to go to the register to place their order because she never made her way back to their table to take their order. The breakfast was a disappointment after the other meals had been on point.

It was ok. I would definitely eat the wings again. I can’t say if I would give it a second try, but that may depend if I’m in the area again.

Hello! Bonjour! I’m Jay, the writer here at The Blasian Cajun (TBC). You can also find me writing over at Life of Creed my lifestyle blog.

Grab your favorite beverage and hang out for a while. Click here to read more about Jay. 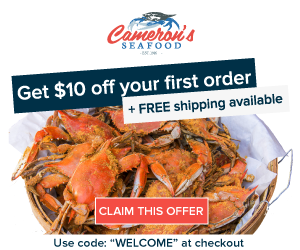